Why do churches buy insurance?

After all, don't most sacred texts encourage a sort of dependency on the higher powers?  Does the act of purchasing protection from "acts of  God" seem to imply a lack of faith?  Or is it simply just a good idea and a prudent way to manage these houses of worship? I don't want this to turn into an attack on religion or any particular faith.  My intent is to highlight and probe the interesting intersections between math, numbers, statistics and religion.

Take for instance, Pascal's wager.  Basically, if there is even a chance that Christian doctrine is true and the upside for belief is eternal paradise, it would be foolish not to believe. The downside is limited in that if the claims were untrue the final outcome is becoming worm food. From a pure mathematical position, the argument is simple, and eloquent.  Outside the math, things get a little squirrelly.  Which faith exactly, should you make your bet on?  Does acting based on mathematical evidence actually count as faith?

Keeping on the historic note, there was Midevil practice of selling indulgences, a crude form of paying now for some future event.

In my mind, religion and math both tend to accomplish a similar goal - bringing order and harmony to a chaotic and unpredictable world.  The first has the Golden Rule, the other the Golden Ratio.

Many early mathematicians were also philosophers and doting on the nature of man and the universe is not a far cry from theology. Similarly, it's remarkable to see the stunning geometry displayed in Muslim mosques. Theories abound about the number codes and word patterns buried in the Bible and the Torah. The whole concept of the infinite is of equal import to Calculus and Catechism. The list goes on... 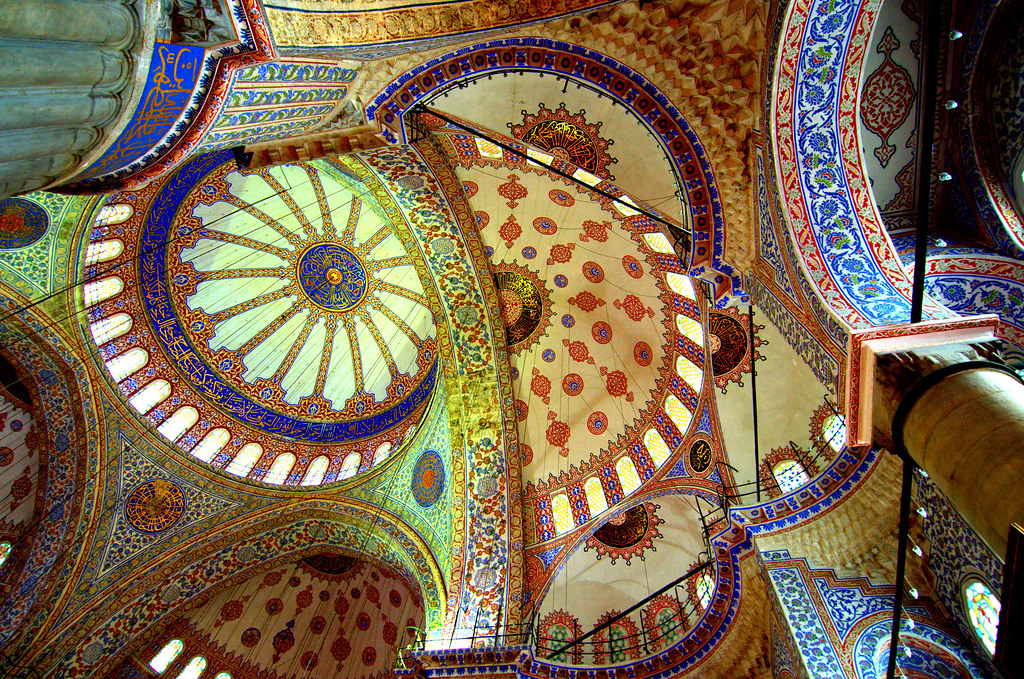 For a modern day equivalent, one must only read through the texts of Stephen Hawking to start finding reverent references among equations.

Now I am not sure if mathematics will tell us if there is a God or if we have souls, or what eternity will look like, but what I do know is that there is immense power in both.
Posted by Nate at 5:21 PM

Email ThisBlogThis!Share to TwitterShare to FacebookShare to Pinterest
Labels: natenotes