Last night, police were called to an alleyway behind the Federal Reserve. The US Yield Curve was found naked, unconscious, in possession of several hundred grams of cocaine, and numerous bottles of alcohol.

Friends and family of the yield curve, including major market indices such as the S&P500, the Russell 3000 as well as LIBOR have expressed their concern and support as Curve starts its path of recovery.
In the early 80’s, the yield curve was high as 15%.  Now, a large portion is under 2.5%.


Sources close to Curve say there were warning signs along the way. They point to a binge of quantitative easing, and most recently a type of artificial enhancement called ‘Operation Twist.’
Curve’s issues tend to run in the family.  Its European cousins are going through similar struggles.
Curve’s rehab staff is hopeful.  According to the lead physician “There’s just a lot of junk in there right now.

Our first mission is to restore sobriety, then we hope to get back to basics and provide a firm foundation for a strong future.  We are optimistic for a speedy and strong recovery.”
One unknown variable in the rehab process will be the role Inflation plays.  There’s no question it will be called in at some point.  It’s too early to tell at what point and for how long. 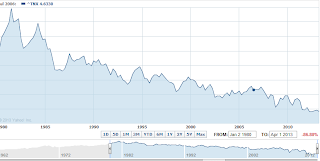