So I'm watching Netflix and enjoying a little comedy when I hear Louis CK make some actuarial statements. In this video clip, you can hear his remarks - note that this YouTube link is not authorized by Louis CK to my knowledge and it is his full special.  There is strong language in it. You can find the full version on Netflix or purchase it from Louis CK's website. After watching for a minute or so, let's unpack the statements.  I'll try to do it in such a way that even non-actuary's can follow. Other actuaries reading this - my methods are crude, feel free to make it more exact if you desire. 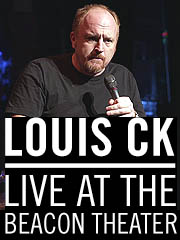 Statement 1 - Does 2,500 constitute a large enough group to represent the general population?


This is a classic statistical problem.  It's what I affectionately refer to as the "size does matter" problem. There's a good chance an aspiring actuary could find a problem like this in one of their first actuarial exams, Exam P.   Like many actuarial problems, the answer is not simply "yes" or "no".

The audience is not the whole population. So, whatever we figure out for the likelihood of death for Louis CK's audience is not going to be the same as if we looked at the entire population.  However, we can feel pretty good about the result being close enough. In actuarial speak feeling good about the result is dictated by setting a high "confidence level" and being close enough is determined through the "confidence interval."  Given that our population of interest is the entire US, we don't have to make any other considerations based on the relationship between sample size and population size.

We'll give Louis some credit.  He's a comedian, not an actuary. So we'll say that if he's within 5% of the actual population death rate, that's "close enough".  And we will say that if we can be 90% sure of this range, we will "feel pretty good" about our sample.  Using the Research Advisors table workbook, turns out we're good.  In fact we can even tighten the restrictions:
Short answer: YES


Not too shabby actually! But, there are a few items that require further consideration.

1/2500 = 0.0004, which happens to be right in between male/female mortality rates for 30-50 year old people depending on the mortality table you are looking at (more on that later).

Now this is an annual rate, and Louis CK said the deaths would happen in the next two months. So in order to fully vet this claim we have to do two things: convert annual rates to monthly, and do a little acrobatic math.

Conversion is trickier than it sounds. Death rates follow a curve, not a straight line. So even though 1 month is 1/12 of a year, we can't simply divide death rate by 12. Just like the little dude in the Matrix bends the spoon in his mind, we bend the annual rate with the power of exponents. We end up with the little bitty number 0.000033.

Then we play a little game. Probability is like the force - there are two sides.  The chance of someone dying in two months is the opposite of someone living for three months. Survival is important. In the real world, you can't die twice.  That's Hollywood, and those actuarial tables are nasty!

The result is 0.0001, which, when applied to the audience of 2,500 says that really only 25% of a person will have died, or 1 person will be 25% dead.  Interpret that how you will.  On the surface, it seems that Louis CK missed on the monthly rate.

But now, let's return to an early statement.  It depends on the mortality table.  Just like there are wood tables, glass tables, surgery tables, pool tables...and so on, actuarial tables come in various shapes and sizes with different purposes.  The table actuaries use for pensions, or other products where living longer creates a problem are different than the ones they use for life insurance.  There are different tables for guys and girls, various degrees of healthiness, and whether or not you smoke. (By the way,a recent article in Contingencies magazine introduced the concept of marijuana classification instead of tobacco classification).

Anyway, it is worth asking the question would Louis CK's audience be likely to have a higher chance of death than the general population?  Is his audience made up of more young single men, or is followed by an older crowd of people working through their second divorce and need some bitter humor to get through it all?  How much more alcohol does the audience of a comedy show drink than the typical person? What about tobacco use?  I could buy an argument that the audience in question may be more likely to die than the rest of us, but I don't know if we could say they are 4 times more likely.  Unless Louis CK is doing a show for the terminally ill, or to inmates on death row.

One other caveat, Louis hinted that they'd be dead by Christmas.  There could be monthly peaks.  January for instance, is not that great.

SHORT ANSWER: Not bad if we extend 2 months to a full year.

Statement 3 - What can we say about the quality of the death? In most cases, actuaries are indifferent to cause of death. A death is a death, good bad or ugly. There may be some medical testing at the beginning to determine if you are more at risk for death than others based on your health and family history.   There are a couple other unique death situations, however.
SHORT ANSWER: I have no idea.
Posted by Nate at 4:19 AM